As you may know, in 2017, the Registry of Tennis Professionals – RPT and the Royal Spanish Tennis Federation – RFET, signed a formal agreement in the Spanish Olympic Committee (COE) office, in the presence of its President Mr. Alejandro Blanco, Mr. Miguel Diaz (President, RFET), Mr. Dominic Conde (President 2016-2020 of the RFET Teaching Committee) and Mr. Luis Mediero, (President-Founder of the RPT). This agreement confirmed the promotion and standardisation of tennis teaching methods Nationally between the RFET and the RPT.

During its three decades of existence, the RPT has spread its training and certification programmes internationally, currently having more than 24,500 coaches from 124 countries. In addition, the RPT has also actively promoted the development of tennis in Spain, organising different activities such as the ATP Smash Tennis Tour, Streetennis Tour, AdulTennis Tour, Insignia Tennis Project, L’Oreal Tennis Cup and the RPT – MARCA National Circuits - Jovenes Promesas Under 16, Junior Cup Under 18 and Challenge Under 12, Under 14, Under 16 & Under 18, with 47 tournaments during 2021. Due to this the RPT have made it the oldest, and the largest promoter of youth tennis in the country.

T h e RFET Teaching and Research Area, formerly known as the Escuela Nacional de Maestría, has developed an important training programme in Spain, as well as a research function in our sport, with more than 11,500 technical graduates for teaching of tennis in Spain, and with the recognition of “Gold level” from the International Tennis Federation – ITF.

After many years of confrontation between the RFET and the RPT, the past four years, under the direction of Miguel Díaz and his Board of Directors there has been a change in approach and mutual discussions between the RFET & RPT. Based on these discussions, both parties have agreed to take firm steps forward to complete the Collaboration Agreement signed unanimously by the RFET Board of Directors in this new term, appointing Sebastián Tobaruela, as President in this new term of the RFET Teaching Committee, together with the new Teaching Committee formed by Gonzalo López Fabero, Antonio Colom and Gonzalo Pérez Martino, together with the Heads of Teaching of the Territorial Federations: Irene González (Federación Andaluza de Tenis), Miqui Moreno (Federación Catalana de Tenis), Mario Casal (Federación Gallega de Tenis), Francisco Vicent (Federación de Tenis de la Comunidad Valenciana) and Crisanto Campo (Federación de Tenis de Madrid) those in charge of managing, developing and promoting the agreement.

This new legislature begins with the mutual recognition of the training courses, which will now be endorsed and recognised by both institutions, as well as the qualifications and the services provided by both organisations.

The RFET will promote the programmes and qualifications of the FFTT and the RPT throughout the National territory. For its part, the RPT will continue to teach its Level 1, Level 2, Level 3, and Level 4 courses, as well as the Integral Tennis Course throughout Spain, with the collaboration of the RFET. These joint actions will start to be developed, and in some cases have already started, such as the RPT & RFET National Symposium, ICI/RPT Coaches courses, Wheelchair Tennis courses, Referees courses, Streetennis and Adultennis courses.

Professional services to tennis coaches will also be promoted, trying to unify a professional license and the different services from the RFET and the RPT. In 2019 the RPT, together with t h e Association of Tennis Teaching Professionals of Spain – APE Tennis and other organisations and institutions, created the Association of Sports Training Professionals in Spain – APE Deporte, with four objectives: the right to work of its associates, the free choice of their training, the right to be recognised and the right to work safely.

Having just completed our 32nd Anniversary, the RPT have the challenge over the next 4 years, to improve the development of Spanish tennis and to recognise all the professionals teaching our sport, without exception. For our part we will dedicate all the efforts and the necessary energy to successfully achieve this objective. I hope to have your support and collaboration. 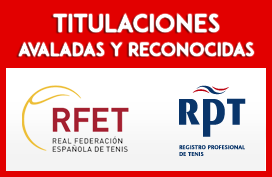 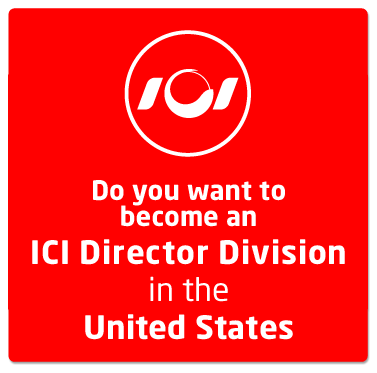